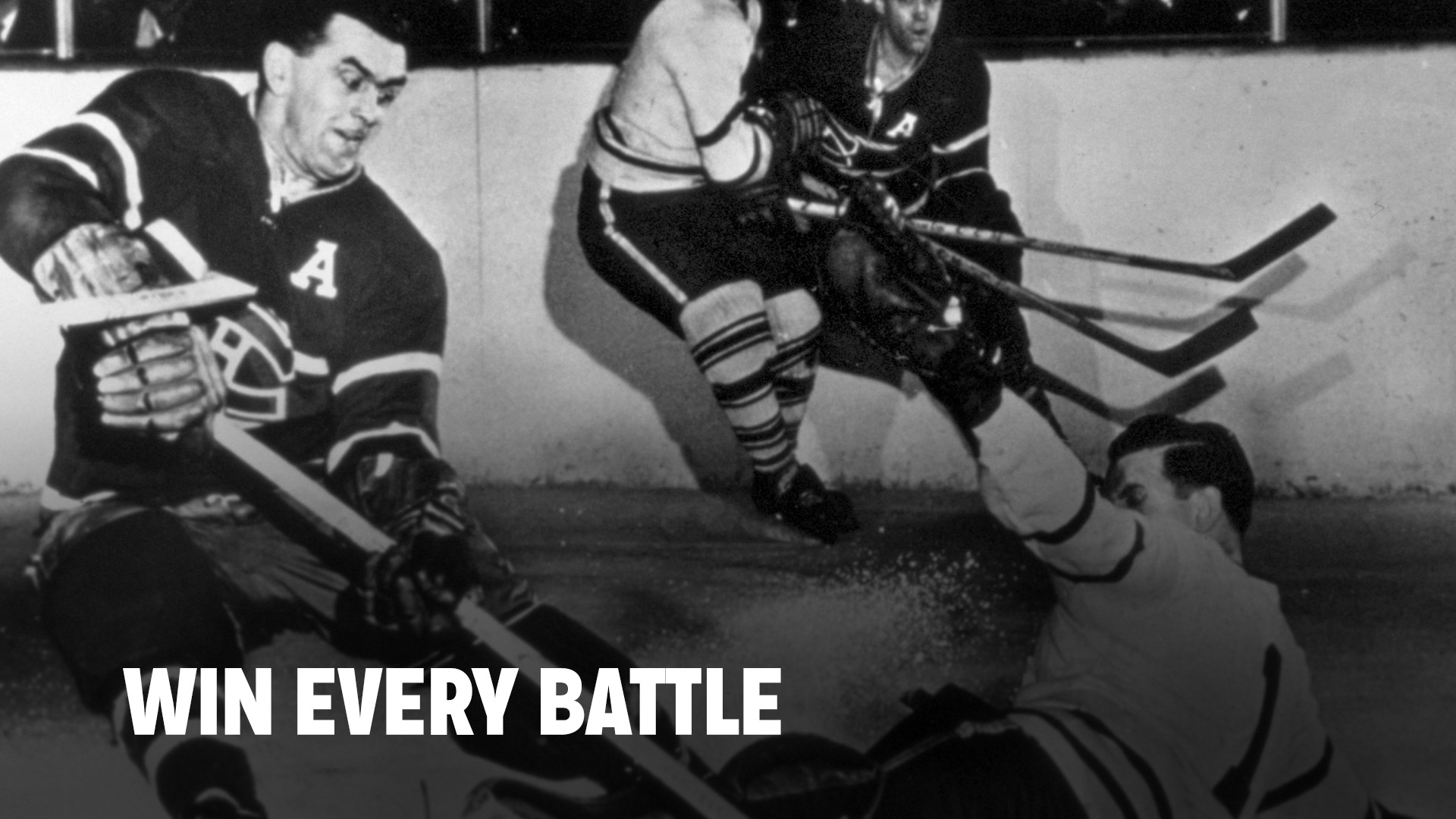 There are countless small battles in every game and each of those small battles accumulate throughout three periods to make a full game. Out of the hundreds of small battles that there are in a game the more of them that you and your teammates win, the greater the chance you have of winning the entire game.

Be a battler! Be incredibly difficult to take the puck off of and when someone finally does, let it only be a split second before you regain possession of it again. If you own the puck, you own the game. When someone steals YOUR puck from you never give it up easily. Just keeping going until it’s back on your stick.

Here’s a relatively unknown trick for you. It’s called ‘Second Efforts’ – be so persistent, that when you lose the puck in a battle you don’t say to yourself, “Darn, well, I lost that battle so I’m done fighting for the puck now.” Instead backcheck the offender, quickly lift their stick and then with a feisty attitude dig for the puck until it’s back on your stick and you own it again. Normally when the opposition steals possession of your puck they are still only one or two feet away from you. They are probably not going to expect you backchecking the heck out of them so quickly and aggressively. This is how you must compete in every battle, with hard work, determination and a never quit attitude. Be relentless and WIN it!

#iTrainNation Tip:
Never ever, ever, ever give up on the puck and you’ll own the game.