BECOMING A DEADLY SHOOTER FROM FAR OUTSIDE THE NET 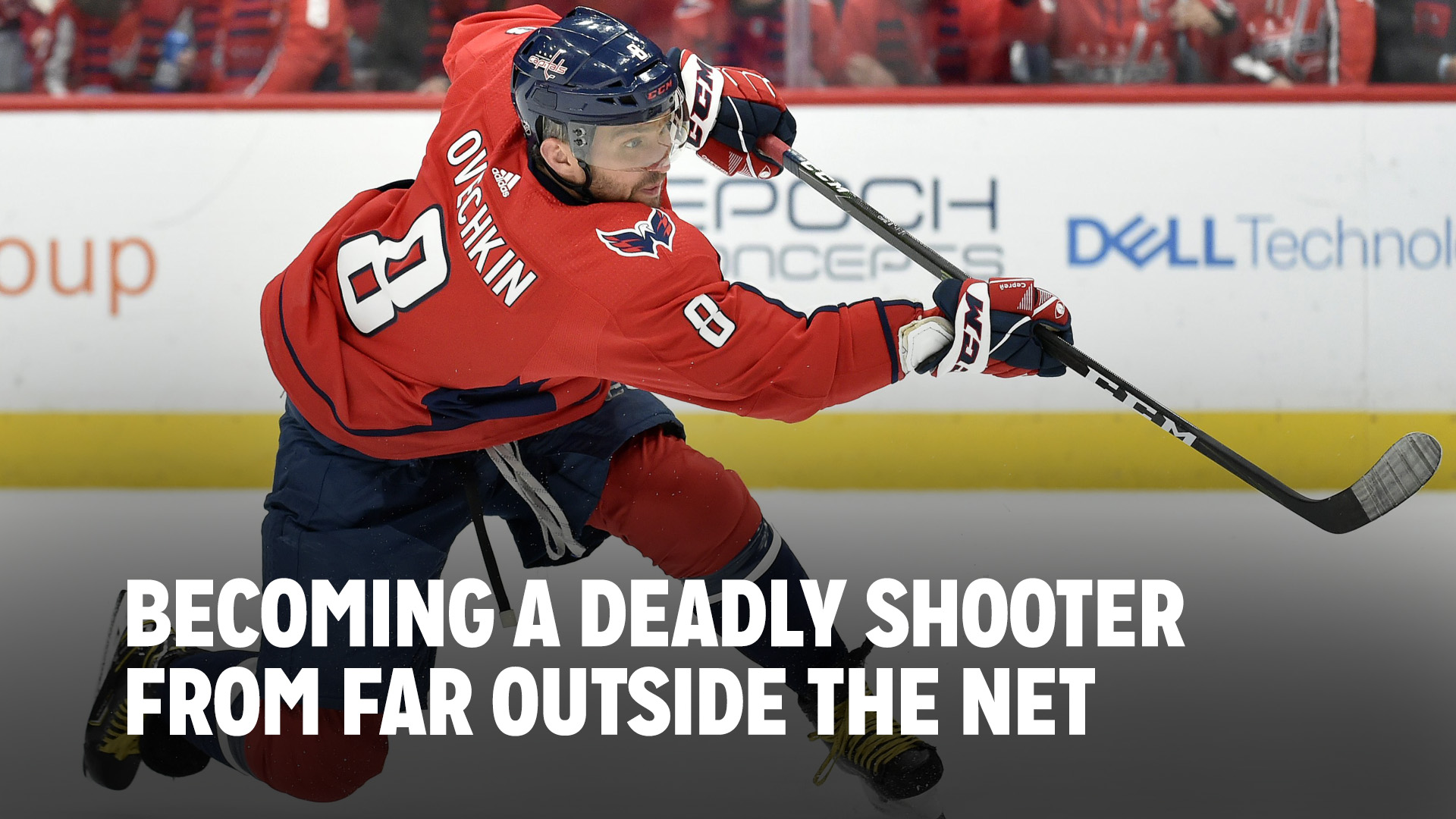 Who has the most deadly quick release shot from far outside the net in today’s NHL? 🏒🥅🎯

Coming from a goal-scorers perspective, one of the most impressive things I’ve ever seen is when Alexander Ovechkin steps just in over the opposition’s blue line and rifles a wrist shot bar down right past the goalies head and into the net. The shot he’s taking when he does this is 18m (64ft) outside the net!
How does he do it?

1️⃣ SHOT: From this distance Ovi often uses a front leg wrist shot so he can put everything he can behind it. And it works, these shots from the outside are bullets!
2️⃣ SPEED: He comes through the neutral zone with speed. This gives his shot more momentum coming off his stick. What’s more, he shoots it in-stride.
3️⃣ WEIGHT: He’s heavy! Ovi weighs 235lbs (107kg) the heavier the player, the heavier the shot. This shot needs to be so hard otherwise the goalie can see it and will easily stop it.
4️⃣ SCREEN: He shoots from the outside if he can’t beat the defenseman 1-on-1 and so he uses him as a screen! Shoot just around the D’s shin pads for some deceptive coverage of your shot.

Quick release shots from way outside the net are difficult shots to score with. Ovi is successful at these shots because his shot is so powerful and he also practices them. When was the last time you practiced blazing through the neutral zone and wiring wrist shots at a narrow target beside the goalies ear? 👂🏽🥅

Practice, practice, practice with determination, precision and purpose to become a pure goal-scorer that can truly score from anywhere! Watch iTrain Hockey’s full 23 video series on shooting + scoring at iTrainHockey.com to start scoring more goals and to develop your quick release shots from far outside the net.