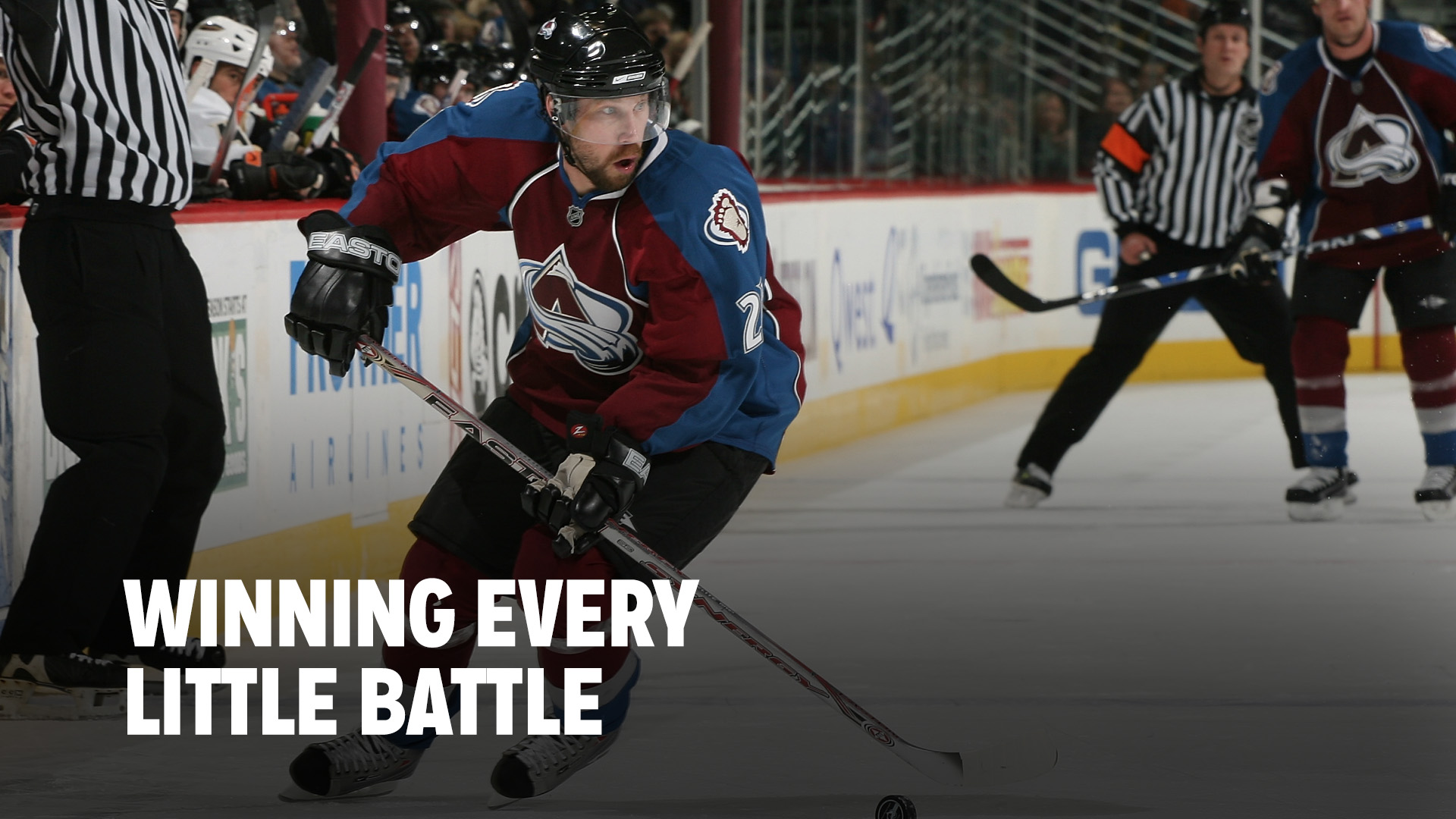 Peter Forsberg! There are thousands of micro battles happening within every game. Each of those measure up to one war/ one game. Those battles include everything from a 1-on-1 battle in the corners to an open ice hit that leads to a turnover. The more of those little battles you as an individual win the better the opportunity your team has of winning the whole war/ the whole game.

At a time when the lore around European hockey players was that they just weren’t as accustomed to playing a tougher style of game in the NHL, Peter Forsberg silenced those critics. He was known for his big three attributes to playing the game: toughness, physicality, and he was a purely skilled player. He was a goal scorer, playmaker, grinder, speedster, great skater, a body-checker and had superstar level game awareness. On top of that he was respected by his teammates and all those he played against for the way he played and lead his team.

Forsberg knew the importance of winning those micro battles needed to help his team be successful. Whether grinding it out in the corners, in the front of the net or in the trenches Forsberg took the hit or initiated the hit to make the play.

Growing up I had skill, speed, and play-making awareness and as body checking came in I never shied away from the physicality of the game. I was looking for a player I could imitate that played this way for guidance and reference. When I first began to notice Forsberg and heard about how he played the game and played every shift I knew I had found my player. I still wear #21 after him ?#️⃣?