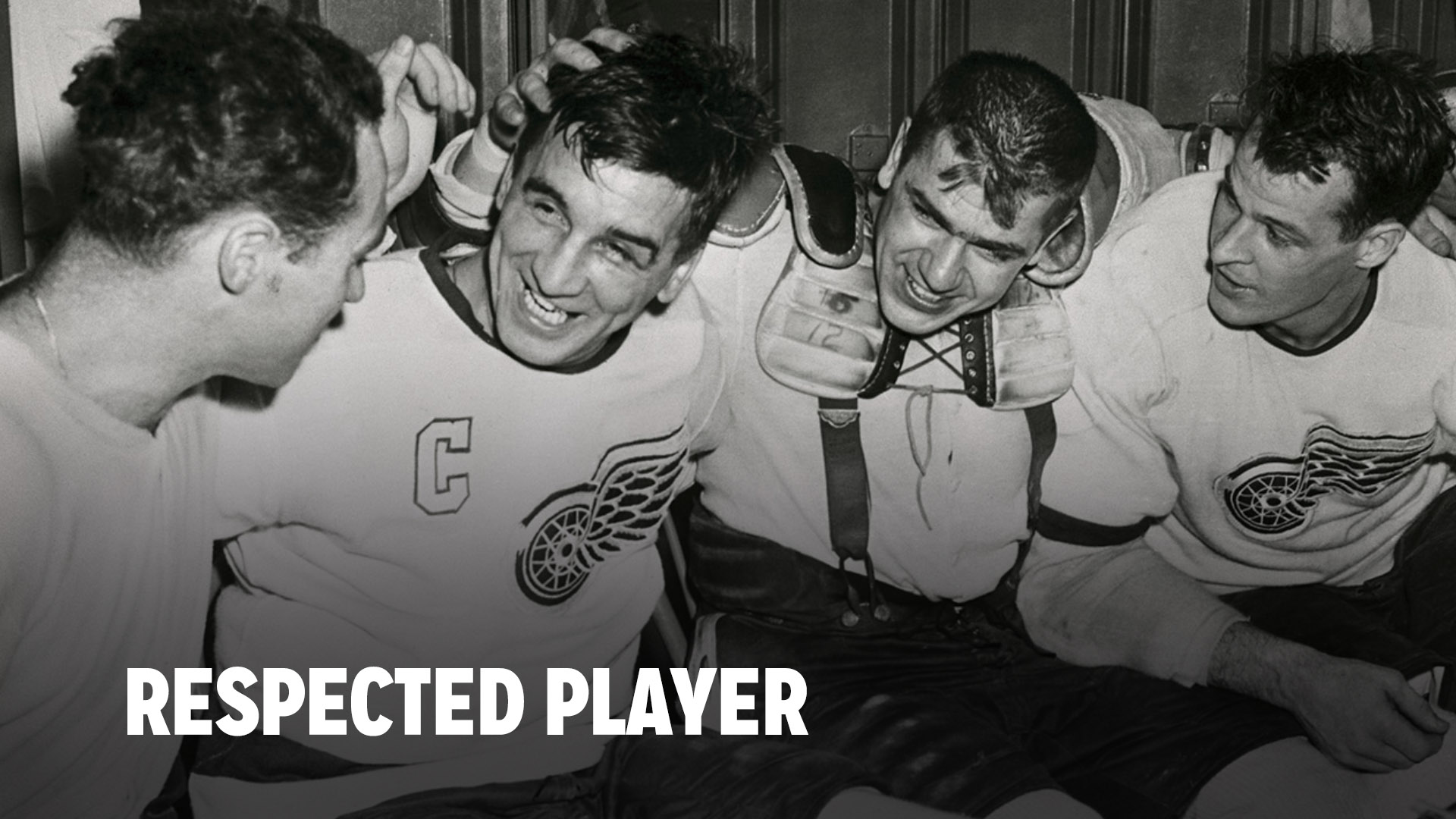 The Ted Lindsay Award is given to the most outstanding player in the regular season as voted by the players within the NHL. What an honour it must be to win such a trophy eh? The award is named after him because despite being such a tenacious competitor to play against he was respected around the league for playing just that way.
Lindsay was a Red Wing through and through. He won four Stanley Cups with them as well as an Art Ross Trophy in 1950 to lead the league in scoring.

Does the way you play the game deserve the accolades and respect so much so that you even have the approval from those you play against? What are you doing to receive that distinction in your game???