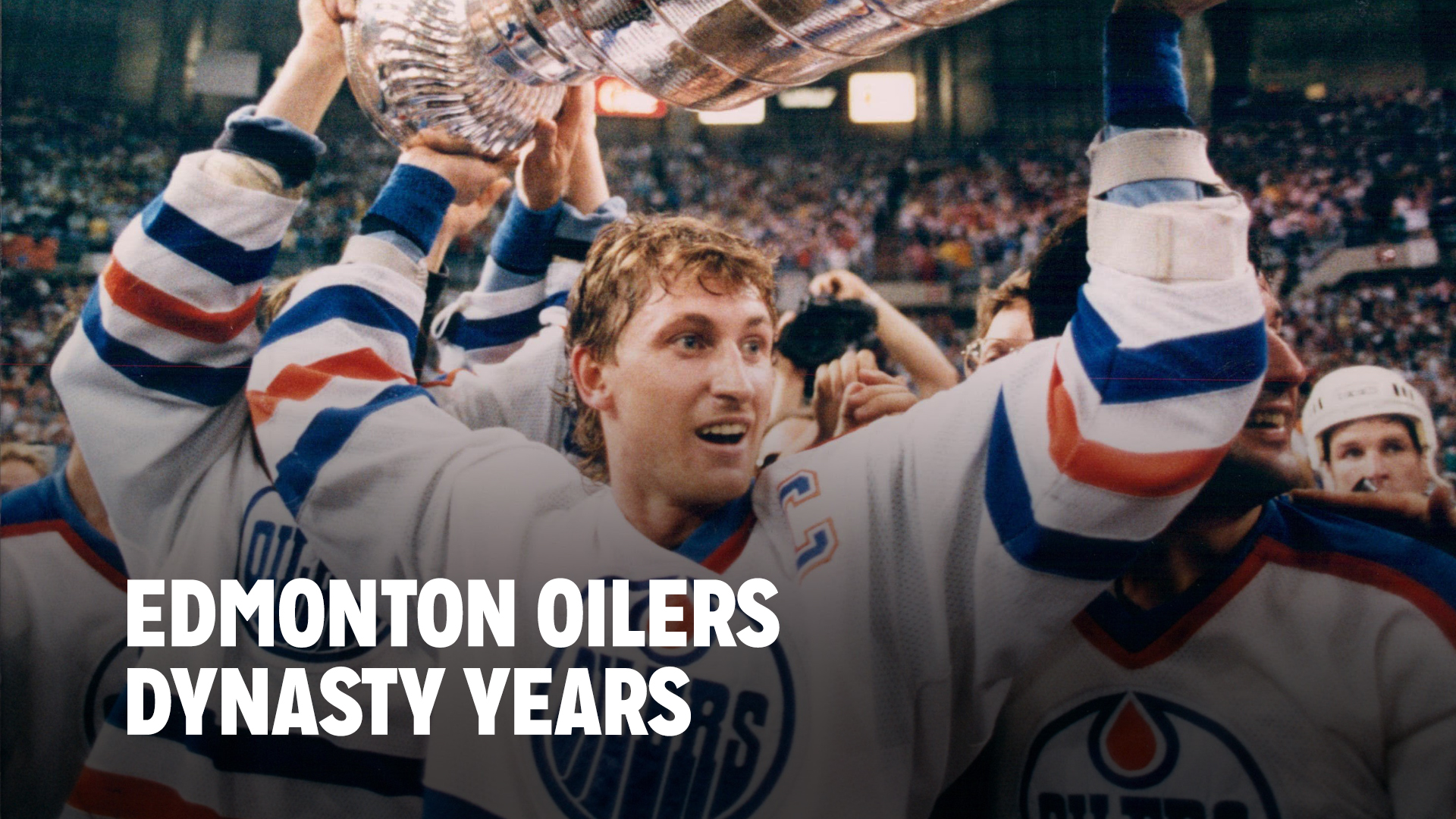 Let’s talk dynasty’s! The Edmonton Oilers won Stanley Cups in 1984, ‘85, ‘87, ‘88 and ‘90. Five Cups in seven years! The last year they won it was without Wayne Gretzky on the team, he had been traded to the Kings after winning with the Oilers for a fourth time in ‘88. In ‘86 and ‘89 Montreal and Calgary battled it out in the finals with the Canadiens winning first then the Flames years later.

I love hearing about the adversity the Oilers went through as a team playing against the New York Islanders and losing in 1983. The Islanders, who had created their own dynasty years (which we’ll talk about another time) had won four Cups in a row from 1980-83. The final time against the Oilers. After losing to them Gretzky spoke of how his young team who had been forged when he was picked up by them in 1980. He said that he past the Islanders locker room and instead of him seeing them celebrating for just winning their fourth Cup in a row, they were tired, bruised and beaten. It took so much out of them to win against the young Oilers. While the Oilers themselves still had energy to play, the Islanders were worn out. The next season they capitalized on this and said enough was enough, they dominated in the playoffs and won their first Cup against those same Islanders players!

Those were some exciting years in Edmonton! Their roster included players like: Wayne Gretzky, Mark Messier, Jari Kurri, Glenn Anderson, Paul Coffey, and Kevin Lowe. Gretzky wasn’t the only player on the team putting up 100+ points each season, they all nearly were!

What’s even more incredible was Edmonton banding what players they still had after losing Gretzky to go on and win the Cup in 1990 under the leadership of Mark Messier. It’s remarkable! A true dynasty. I still get goosebumps watching old footage of these glory years in Edmonton.