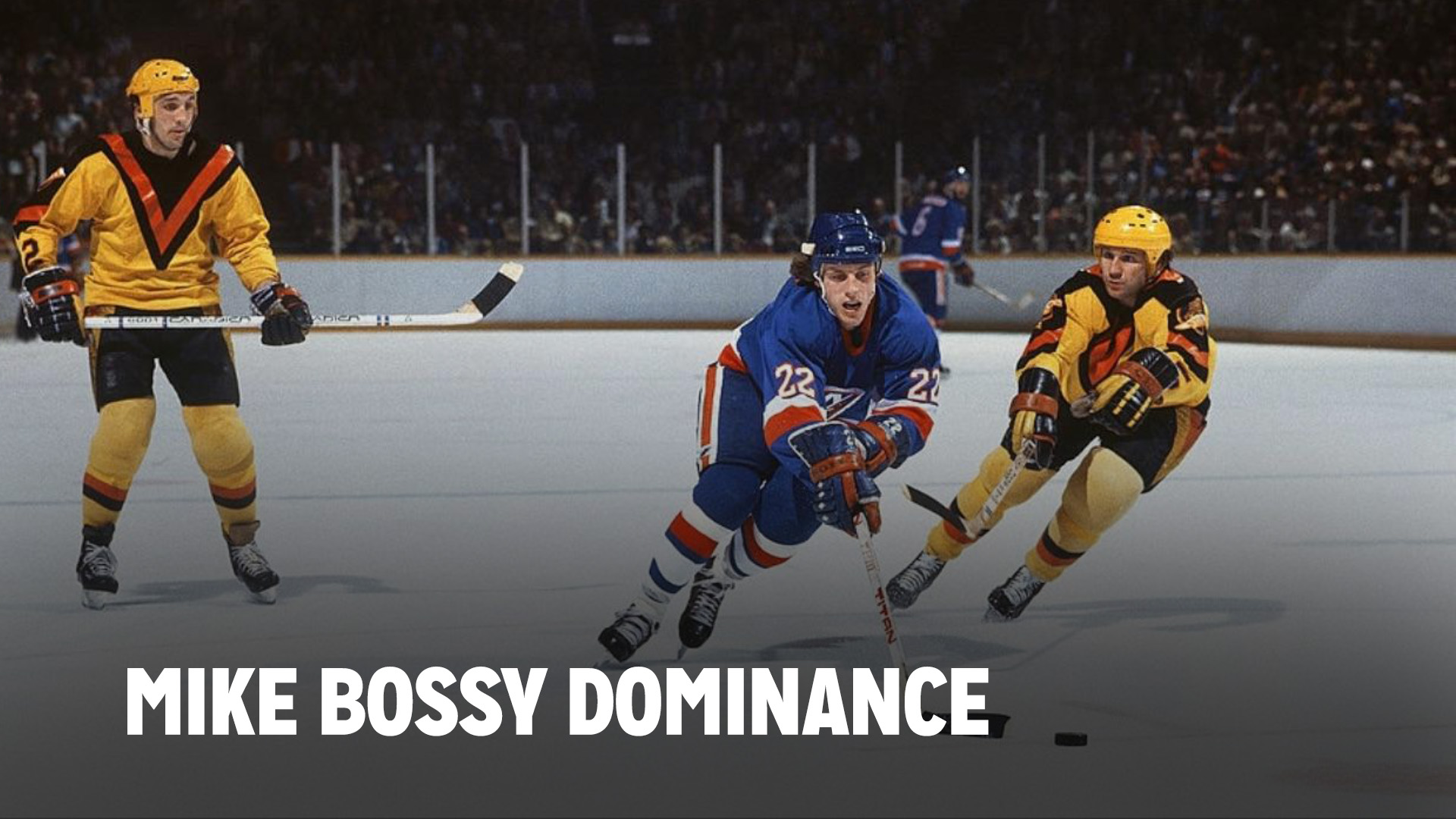 Why you need to know just how dominant Mike Bossy really was. It’s simple, Mike Bossy was the purest goal scorer of his generation. He averaged an NHL record .76 goals per game during his relatively brief NHL career playing for the New York Islanders. Drafted 15th overall, the Islanders were the best defensive team in the league at the time and they brought on Bossy to bring in the offence. He paired with the league’s best centre at the time, Bryan Trottier. Together they were a dynamic duo. They paired perfectly together on the ice and were roommates and best friends off of it. They had incredible chemistry and always knew where the other was gonna be.

HIS REMARKABLE STATS:
Bossy went on to score 53 goals in his rookie year as well as winning the Calder Trophy ? for the leagues best rookie. He had five 60+ goal seasons as well nine consecutive 50+ goal seasons, which is still an NHL record. He scored 50 goals in 50 games in 1981 which at the time had only been achieved by Maurice Richard. Bossy lead in playoff scoring for three of the four consecutive Islanders Stanley Cup wins from 1980 to 1983. He was unfortunately plagued with chronic back injuries through his tenth and final season that it lead him to an early retirement. A longer career and he might‘ve broken some more outstanding records don’t you think? So, ya’ll knew his name but didn’t realize just how dominant he really was right?