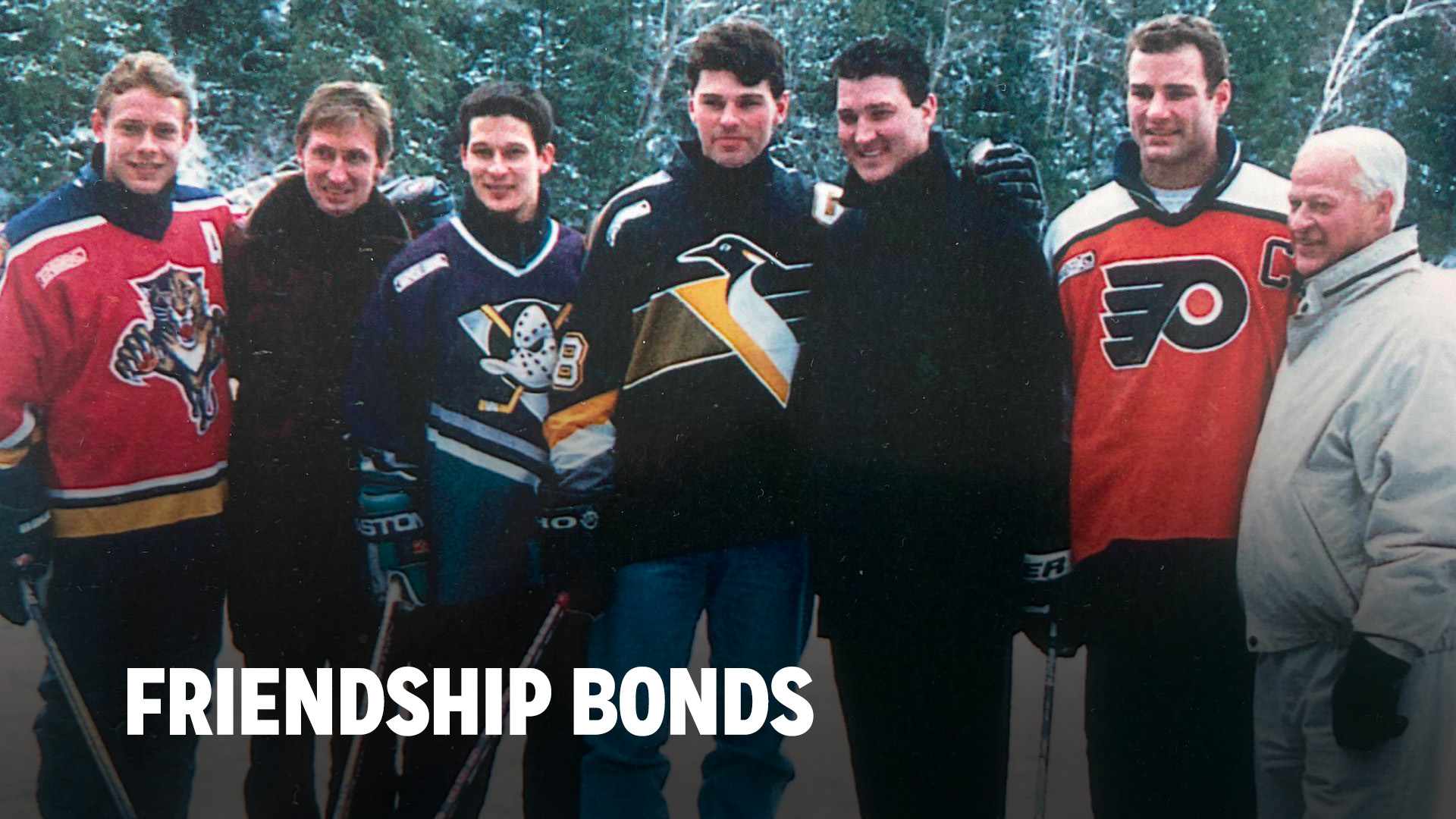 Which hockey legend would you take as your first pick??? Tag a friend or teammate – who do you know that loves a good game of pond hockey? ?❄️

Hockey brings people together. It creates lifelong friendship bonds. Some of my best and most honoured friends are those brothers and sisters I went into battle with throughout my hockey career. I cherish those friendships until today and always will!

Each of the players shown in this photo were rivals when they stepped out onto NHL ice. Look at the respect they have for one another here though. Your opposition should always be respected. They are the players that helped push you beyond your own limits and encouraged you to want to be better. This is how hockey grows. It’s a time-honoured passage from player to player through each new generation. Gordie Howe was their legend back when they were just youngsters wanting to grow up to play in the NHL. Now and always they’re friends and seen only as brothers all working towards the same goal. Growth and the evolution of the greatest sport in the world. That’s a legacy worth playing hard for. Every night, every game, every shift.

There’s nothing better than playing a game of hockey on a freshly frozen pond, cold crisp air, rip of the hard ice with every stride with your best buddies.