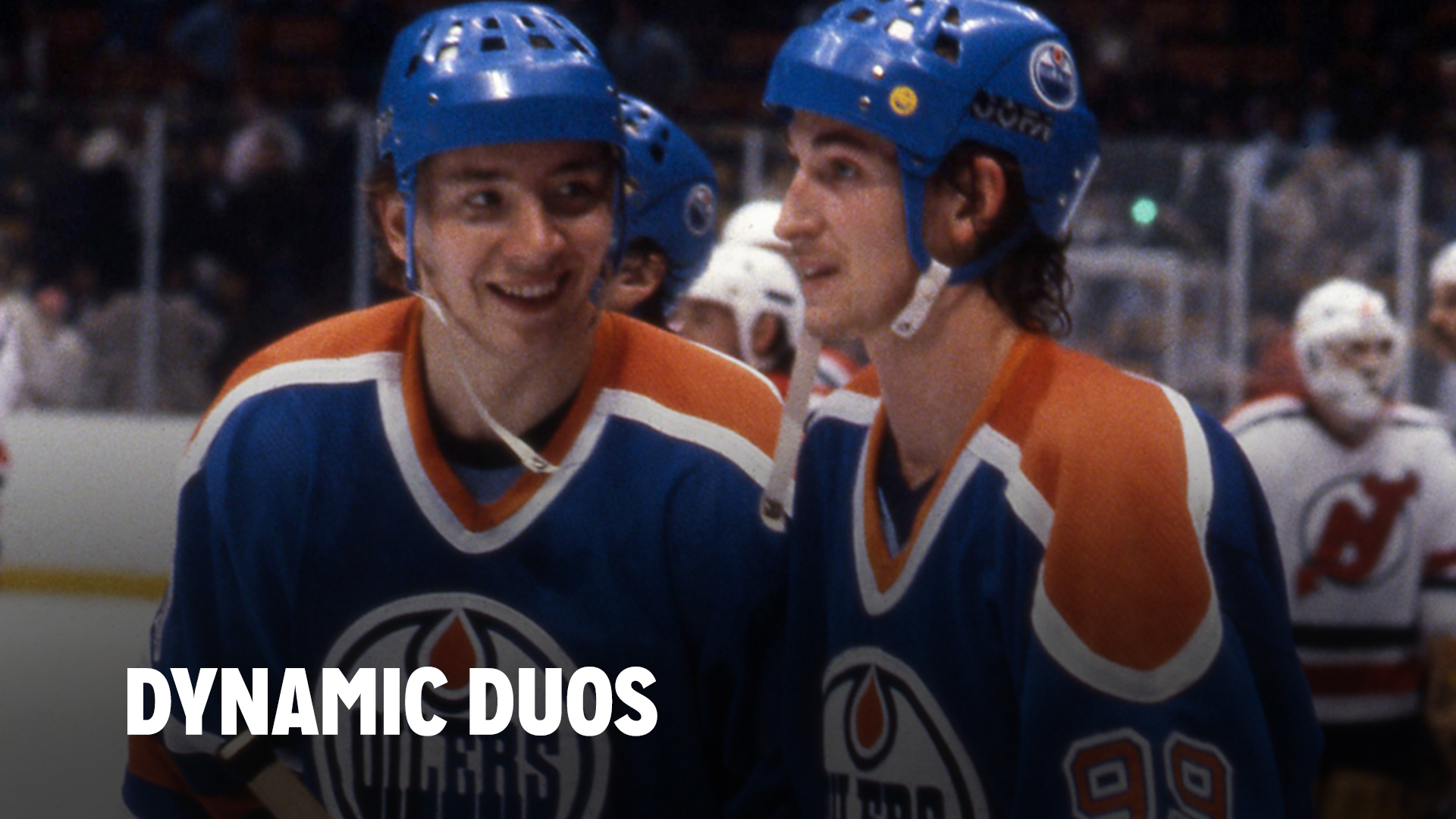 Have you ever played with someone you had such great chemistry with that you could read each other’s movements, know where each other were at all times, and support one another to create beautiful plays together? That’s your dynamic duo partner!

My favourite duos in hockey history we’re Gretzky-Kurri and Teemu Selanne-Paul Kariya. During the Oilers dynasty years in the 80’s, Gretzky and Kurri collaborated together in what seemed effortlessly. Of course Gretzky could score but Jari Kurri complimented his phenomenal passing game. Gretzky said of their duo that they played together on instinct, they knew each their like they were ONE. As well as he could pass the puck, Kurri had the ability to get in the open. Kurri could barely speak English at the time yet they both spoke “offensive hockey” fluently together. The greatest passer in the world teamed up with one of the finest pure shooters in the game. The results were explosive! ?

In my hockey career I played with many players I had good chemistry with. A buddy, Alex Mackenzie and I were good buddies off the ice and that helped our duo on the ice. We both used to deliver newspapers on his LONG paper route around town on our inline skates. This made us better skaters, better line mates and we made some cash over the summer too ? On the ice we were speedsters together. We communicated effectively in our shifts to let each other know where the other needed to be or dictate the play. On the bench we would reconvene, talk about what worked on that shift and what didn’t. It was constant GROUP improvement and constructive correction. I had another teammate, Brendon Doran that was my centreman. He could read the play so well that he was just always in the exact place you needed him to be in to be provided with an outlet pass to. He supporter the puck carrier perfectly and was one of the best playmakers I’ve ever played with.

Which dynamic duo is the best one-two punch in the NHL today AND who are the best duos in hockey history? TAG your dynamic duo hockey buddy here! Comment below ⬇️???