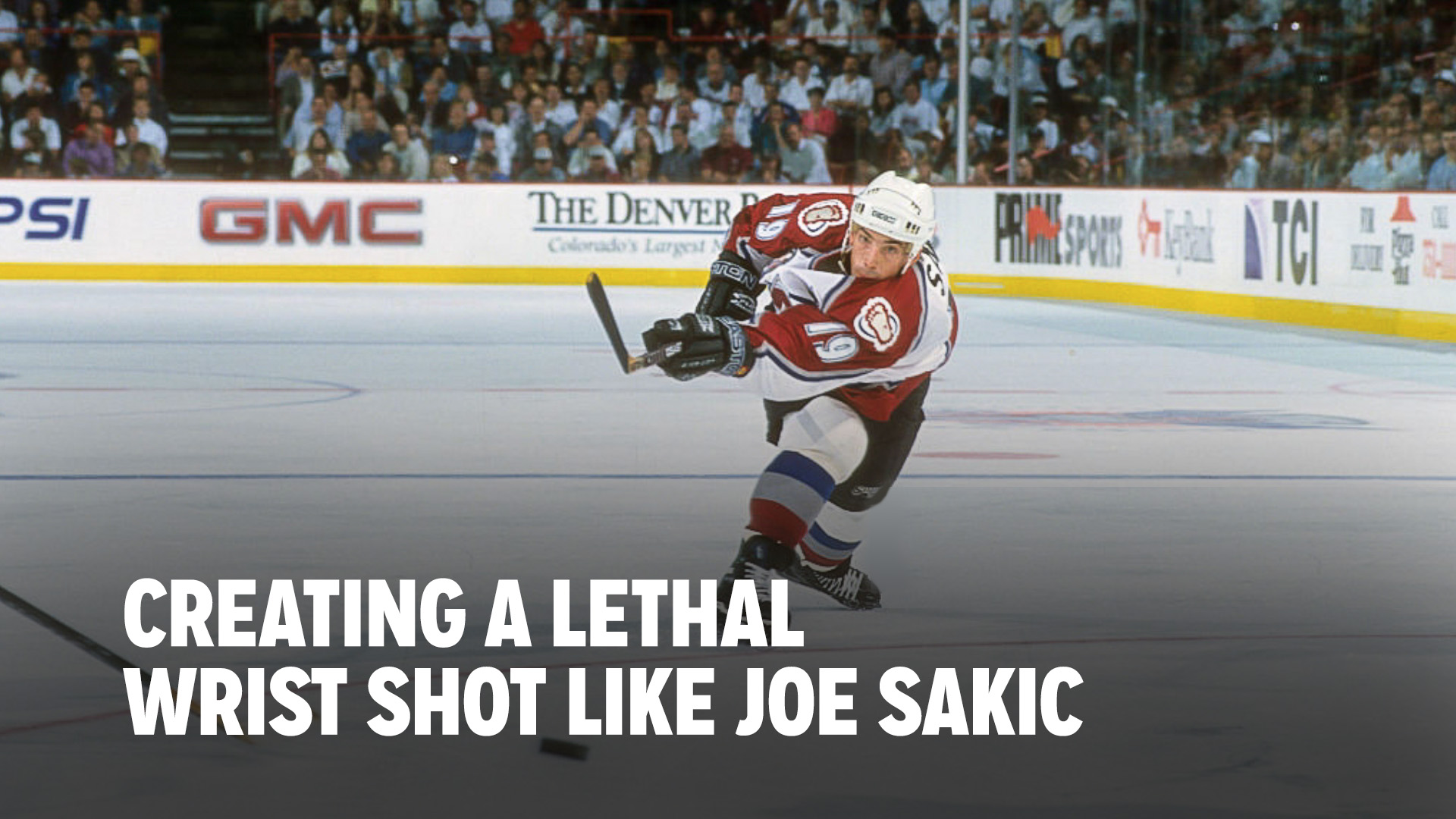 One of the most humble players ever, Sakic admits he developed such a notoriously amazing wrist shot from repetition of perfect practice. He said he would practice shooting from everywhere inside the blue line and wouldn’t stop until he was satisfied he could score from there in a game. He said he also just tried to get the puck off his stick as quickly possible. Having such a quick release shot can be underestimated especially when it’s as deadly accurate as his was! Whatever he looked at he could hit! 🎯

Beating goaltenders from spots others might think there’s no chance of it going in should be a skill we all need to work on. Many players I train try to make one more move or beat the one last defender standing between them and the net. What if instead we shot just beside their legs and used them to screen their own goalies? Or if you’re waiting for a pass from your teammate, find a new location than sitting in the slot between the hash marks. This area is so heavily guarded with a lot of traffic. Find those open spaces that’s still in a supportive position to your teammate where nobody expects you. We’ve all known the best goal scorers in the world to be masters at this skill.

Sakic’s release was so quick that the puck was often in the back of the net before many players even knew he had shot it. Search Joe Sakic wrist shot on YouTube and you’ll see one thing that differentiates him from most. At 5’11” and 180lbs he wasn’t the biggest player out there but his full body rotational mechanics were uncanny. He contorted his body in the follow through so greatly that you could tell he was throwing everything into each shot he took! Maximum upper body, core and lower body drive towards his target. Stick pointing far and deep towards the net. Let’s all learn from one of the best shooters ever and apply the full body technique into each shot! 🏒🥅

Sakic retired after 20 seasons with the @coloradoavalanche with 1,641 points which ranks 9th in @nhl history and is placed 16th with most goals ever scored at 625! Two Stanley Cups 🏆