BEING A COMPLETE PLAYER 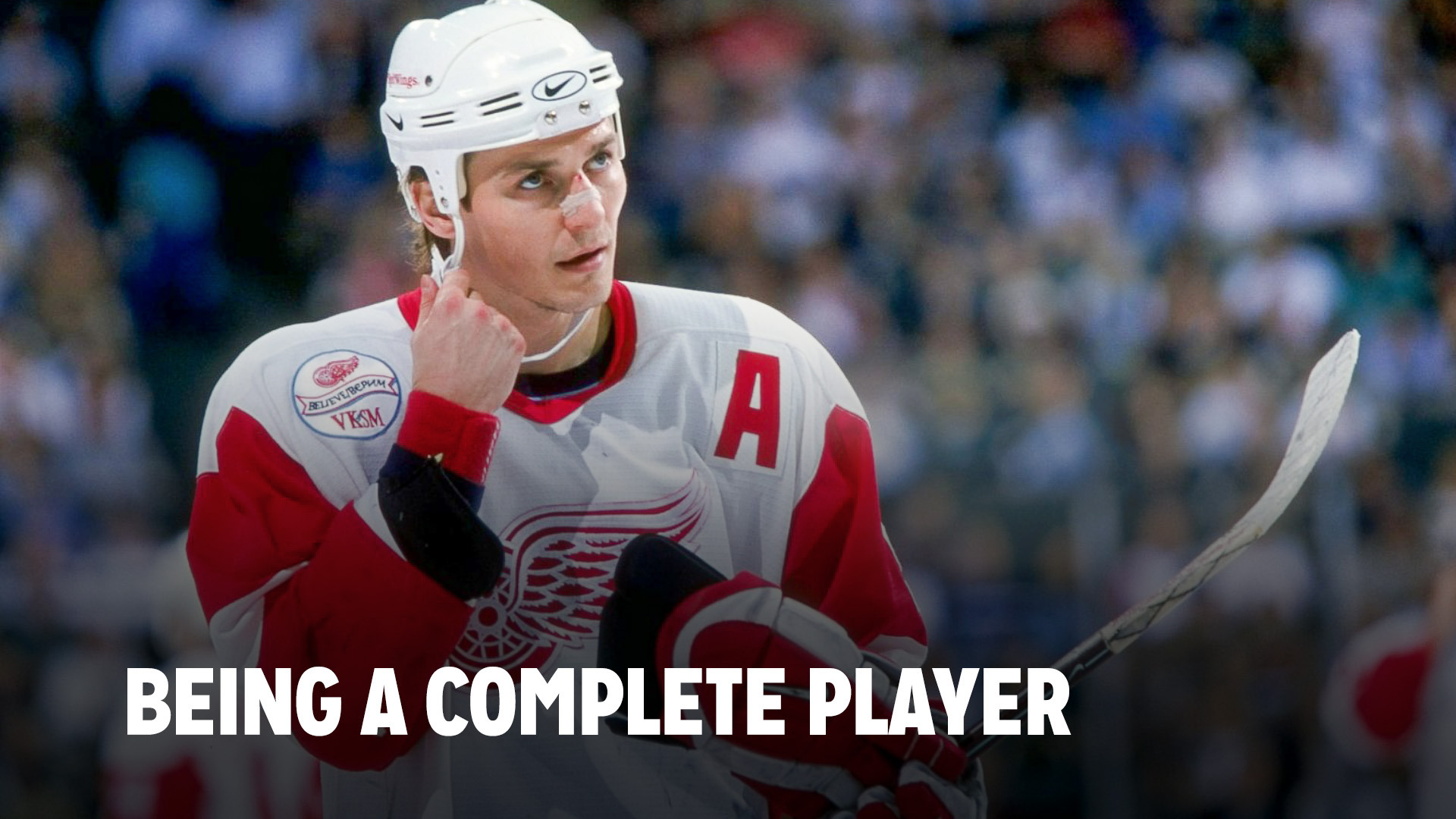 It’s about time we’re talking about this gem. There’s much more to say than how sick his @nike white lightning skates were back in the day (only he could pull them off because he could back it up with his play) Definitely one of my favourite players growing up for the way he played the game. Defined as a speedy offensive and defensive threat with a deadly wrist shot. He liked throwing the odd big hit too.

Fedorov was one of those players that when he wanted to he could skate the length of the ice and take it himself and score. He was that good. He was dominant! Get the puck to him and he’ll create plays. Down a goal? Get the puck to him.

A complete player is a warrior, one who’s conquered one self. When Fedorov became known for his offensive talent that wasn’t good enough for him. He knew he needed to be JUST as good in his defensive play. Despite being a forward he even played a unique style of defence once in a while for the Detroit Red Wings Just ‘cause why not? He could do it. A trusted complete player.

He won three Stanley Cups with the Red Wings as well as the Hart Trophy in 1994 as the league MVP. Six time all-star! ⭐️

What are you doing to improve in the facets that need development in your game so you can become a complete player?